After attending school in Laa an der Thaya, Christian Konrad completed his law studies at the University of Vienna, graduating with a doctorate in law. He then joined the Raiffeisenlandesbank Niederösterreich as auditor, where he became chairman in 1990. In the same year, he also took the office of Chairman of the Supervisory Board of Raiffeisen Zentralbank Österreich AG. In 1994 he was elected Advocate General of the Austrian Raiffeisenverband. In August 2015 he was appointed refugee coordinator by the Austrian Federal Government for one year (until the end of September 2016). 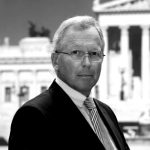 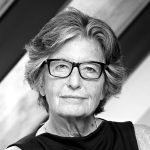