Hassaan Hakim has been working in advertising, science and culture as a designer, lecturer and filmmaker for more than 15 years.

He is the strategic head and forward thinker of YOOL. The graduate cultural scientist worked for the youth magazine ‘Now’ – later as a concept designer and designer for various advertising agencies. Due to the fact that he had to sell products that harm people and the environment, he wanted to put his ideas at the service of a meaningful design task. Hassaan founded YOOL as a consulting and communications agency with the main goal of supporting companies and projects that are ecologically sound and take on social responsibility.

Hassaan Hakim sees himself as a ‘mediator’ who is not above things but in between. Numerous travels through Asia and the Middle East – encounters with people, studies with Indian and Taoist masters, as well as experiences in untouched natural areas shaped his holistic worldview. Until 2007, Hassaan was a lecturer at the University of Hildesheim, where he teaches cognition, creativity and cross-cultural psychology. In his work as a trainer and seminar leader, he inspires and accompanies executives and supports personal and institutional change processes. 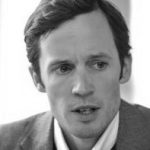 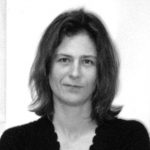