Helmut Brandstätter studied law at the University of Vienna, where he was also the chairman of the student union there. iur doctorate. In 1982, he started in the ORF’s foreign editorial office, became ORF correspondent in Bonn in 1982 and was responsible for setting up the ORF studio in Brussels in 1986. In 1991 he was appointed General Director Gerd Bacher, Head of the Department of Politics and Current Affairs. In 1995, he was responsible for and moderated the ORF report.

In 1997, Brandstätter moved to Berlin as Managing Director of the news channel n-tv. In 2003, he returned to Austria as Managing Director of the newly founded regional TV channel Puls TV, where he again appeared as a presenter. In 2005 he retired from Puls TV and worked freelance as a business consultant, event presenter and promotional testimonial. In 2008 his book Hör.Mir.Zu. was published. 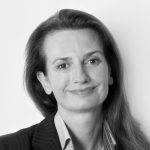 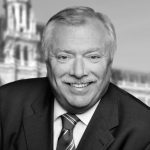