Zakarya Ibrahem is a Syrian journalist. He was born in Damascus and studied political science. He moved to Austria in 2015 because of the war in Syria. In 2016 he started writing for „Biber magazine“. He writes about the issue of asylum, integration, and the differences between Syria and Austria, and his new life in Vienna. He is also one of the 21 personalities that are featured in the book “Lauter Fremde“. Currently, he works for the organization „Shades-Tour“. 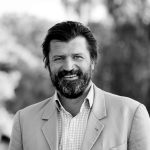 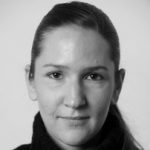