Cecily Corti is the president of the “Vinzenzgemeinschaft St. Stephan” association, founded in 2003, and head of the VinziRast-CortiHaus, which opened in 2004, in the 12th district, a low-threshold emergency shelter for the homeless.

Corti is also the director of the other VinziRast homeless shelters. In May 2013, the operation began in the “VinziRast mittendrin”, a Biedermeier house bought by Hans Peter Haselsteiner for the association in the 9th district, Währinger Straße 19, where homeless people live together with students.

For her commitment she was honoured with the Viktor Frankl Prize of Honour, the Golden Medal of Merit for Services to the Republic of Austria and, in 2013, the Bruno Kreisky Prize for Services to Human Rights. 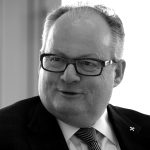 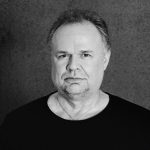